2.1) The Stereoscope, the Steriopsis and the Stereography.

The stereoscope is the optical instrument in charge of making each one of our eyes reach, each one of the two images that compose the stereography.

In 1838 the professor of applied physics at the London King´s Colleague, Charles Wheatstone gave a master class in which he introduced his students to steriopsis, stereoscopy and stereography. For this he had the help of two London opticians who built the first stereoscope composed of a system of mirrors at 45º degrees, which allows us to see with each of our eyes different images, which at that time were handmade drawings. 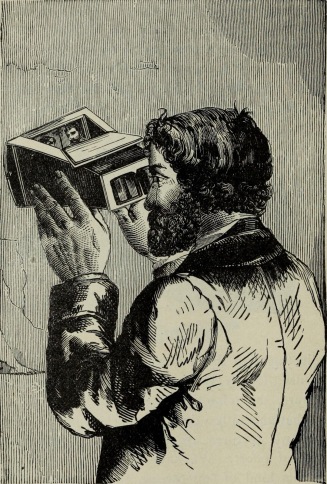 The following year, in 1839, a double event took place, Louis Daguerre presented in Paris the photography “Daguerreotype”, and David Brewster presented in London the reflector stereoscope, two inventions that, when matched, became the first phenomenon of mass entertainment at global level.

There were several companies dedicated to the production of stereoscopic photographs. One of them, the London Stereoscopic Company, produced more than one million “stereopairs”, had outstanding photographers in the five continents and published monthly new collections of photos that could be acquired in grocery stores all over the world. 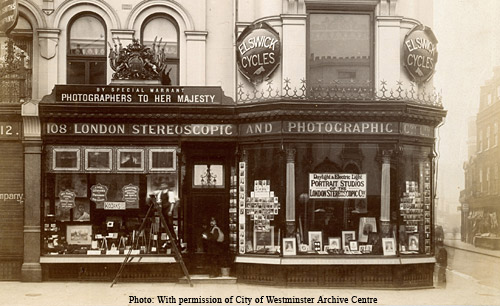 Brewster’s stereoscope, used transparencies, because it needed a natural light source.  This process was expensive so stereography was initially a technological product for the wealthy classes.  However a few years later in 1859, Oliver Wendell Holmes presented a review of the Brewstern stereoscope, the differences are an extended focal length and the use of prisms, which allow the visualization of opaque images, greatly reducing and lowering the postproduction process, which allowed the expansion of the technique and social use of the American Stereoscope.

“The golden age of stereography ended at the turn of the century.  With the arrival of electric light and photographic magnifiers, we no longer limited ourselves to contact photographic printing, and we no longer needed magnifiers to see the photos. Since then stereography has remained latent, has always been there and has enjoyed some buds but has never shone as it once did in the nineteenth century.

Now, 180 years later, stereography and stereoscopy have been reborn in their original state. The stereoscope remains the same, now made of injected plastic and polycarbonate, or cardboard, but its optical base is identical to that of the “Brewster”… and the “stereopairs” are no longer printed on paper or acetate, but are screens, whether mobile phone screens or independent screens of the Oculus Go-style type.

The arrival of the “Google Cardboard” 25/06/2014, in its proper space and time, was a revolution, as it was possible to move the spherical photos using the accelerometers of the phone.

It was a dream come true. We could already see the photos in any direction, and if we wanted to see a 3D photo we only had to put each image of the stereo pair on each of the two sides of the screen.

The greatest evolution of stereography since its invention!

The chapel of the “London King´s Collegue” miraculously survived the battle of England intact, so today we can see it as it was when Professor Wheatstone taught there.
Photo: Denis Pellerin / Javi Baranano  (June 2016).